September 10, 2013 was a historic day in Colorado history. Two people lost their jobs due to their support of anti gun legislation. 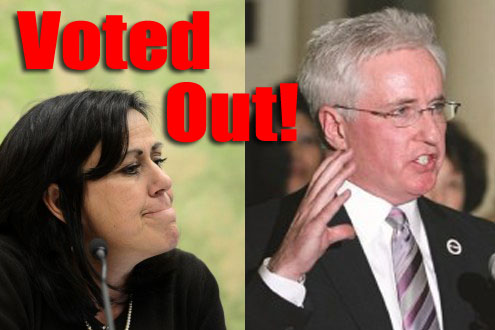 John Morse (D) of Colorado Springs and the Senate President and Angela Giron (D) a state senator from Pueblo were voted out of office in Colorado’s first ever recall election. This victory was a powerful message to state lawmakers – Trample on the Bill of Rights of the United States of America and there will be a price to pay.

Colorado citizens stood up to lawmakers who are more interested in listening to the white house and to out-of-state interests (the largest contribution of money to fight the recalls came from New York Mayor Michael Bloomberg) than to their own constituents.

At Longmeadow Game Resort, we make our living serving the hunting community. Sportsmen from all over Colorado and from across the nation come to Longmeadow to take part in the bounty that our 4000+ acres has to offer. We get to know them and spend time in close proximity with them and their firearms. We break bread with them and their families. They are patriots and law abiding citizens. They are good people, responsible sportsmen and gun owners and they support the Second Amendment. Today the citizens of Colorado struck a blow for freedom for all Americans who believe in gun rights.

Unfortunately, our 2nd Amendment problems in Colorado are not over. The anti-gun democrats still control the house, the senate (by 1 vote) and the governor’s mansion. They could and most likely will continue to pursue an anti-firearm agenda. In 2014, we have the opportunity to change this situation. We need to support candidates that share our values starting with the governor. We will continue to keep you informed on how to help as November 2014 approaches.

Longmeadow Game Resort, Clays Club, And Event Center
This website uses cookies and third party services. By continuing you are agreeing to our use of cookies. Learn More Ok