Down The Prairie Dog Hole! 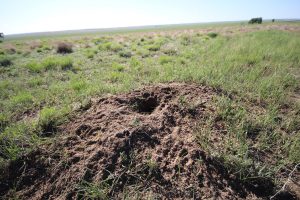 It was late May When Heath asked if I could come take some photos of a Prairie Dog hunt for him. Seeing as how I had never been on a Prairie Dog hunt before I thought “hell yes I want to do that” and so the deal was done. I was to go out With Tye, Heath’s bother and get some photos of a group of hunter’s shooting. The plan was to meet early at Longmeadow event center some time around 6:30 – 7:00 in the morning, we decided on a day early in June and it was set. 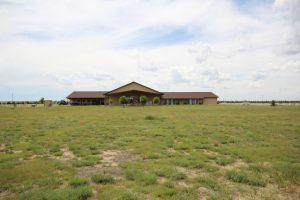 Unfortunately I was late the morning of the hunt, the drive from Windsor took a little longer than I had expected. It was early, sometime around 7:15 when I showed up at Longmeadow Event Center and everyone had already left for the hunt, I was on my own. Luckily, one of the staff saw me. When I first saw him the though “oh good Tye hasn’t left yet” passed through my mind. However, that wasn’t Tye and after a quick conversation followed by a short phone call the helpful staff member drew me a map and I was on my way.

Had I shown up on time I would have been able to just follow Tye and the rest of the group out to the hunting ground. If you sign up for a hunt make sure to show up on time, don’t be like me. The drive out to Longmeadow’s Prairie dog hunting ground is beautiful, amber waves of grain and rolling green hills of grass dance along either side as you zip your way down the dusty country roads. The road is for the most part dirt, luckily my brother had let me take his Jeep so I was able to make it out there no problem. This is another good reason to make sure and get there early, if your car can’t make it out there you are going to need a ride with your guide.

Now, this is where things got really awesome in a few different ways. The first was the spectacular views which I have already described for you, but the second was the actual hunting itself, over all it was the coolest part of the experience. The guys from Longmeadow were very helpful, fun, and friendly. 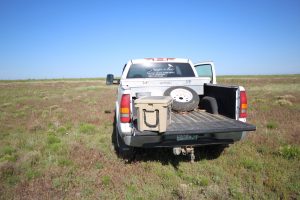 When I first got out there I passed over a little hill, and when I crested it I saw the most beautiful hunting grounds, as well as two trucks, one belonging to Longmeadow and the other to the hunters. I stopped by one of the hunters closest to the road and asked if they were with Longmeadow. They said yes and I parked the Jeep, when I stepped out of the car I couldn’t help but notice the two separate shooting areas one to the south and one to the east. The shooting area to the south over looked a beautiful field full of multicolored grass and flowers reaching out to an old run down grey barn. 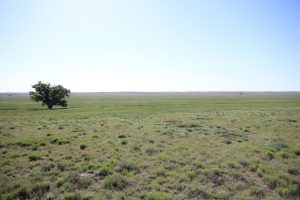 The east hunting ground looked out in to what can only be described as a Longmeadow itself, with the same multicolored grasses and flowers. An old tree stood out alone at the bottom of the hill. It was an awe inspiring sight to behold, the beauty of Colorado laid out before me; I was ready for the hunt.

The shooting was pretty cool to say the least, but before I go farther let me just say that Prairie Dog Hunting is for sport and Longmeadow help makes that very clear to the hunter. The group of hunters I was with wanted to shoot long range so Tye had set up a few shooting benches for the hunters and himself. He was out there to spot for the most part and he did it well. 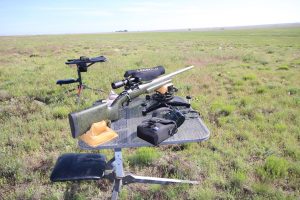 They were shooting at around 600 yards, way beyond the range of my camera, but that didn’t stop me from hearing the thundering boom from the gun followed by the sound of the bullet ripping through the tall grass and the thud of the round hitting its mark or the ground behind it. They we using a few different hunting riffles and an AR from what I could tell. There were four hunters, Tye and myself,  for a total of six people. Two hunters would face east and two face south, each eager to hit their mark. This amount of people is pretty common for a hunt of this kind. Being my first time out on a Prairie Dog hunt, I was having so much fun, and would highly recommend the experience to anyone looking for an excellent way to spend a summer day!

A lot of that fun had to do with Longmeadow, they were great from start to finish. They Provide a great area to shoot and an awesome guide will take you out there. Tye was out there all day looking over the hunters shoulders spotting for them. 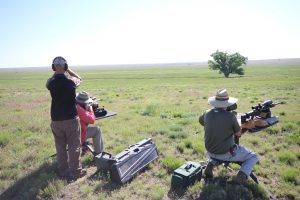 They had all of the hunters meet up at the lodge first and then follow Tye out there. After everything is set up it is time to start shooting Tye kept walking back and forth between the hunting sites making sure the hunters had everything they needed and spotting out their next shot. Tye was very kind and helpful he seemed to really love what he does. After a few hours of shooting it was time for a break and for the hunters to have lunch. Shooting continued well into the afternoon, and the hunters all seemed very happy with the day.

So if you were to walk up and ask me if I would ever go prairie dog hunting my answer would be a resounding yes. Now, if I were to do it again on my own, I would definitely do it with Longmeadow. Not only do they have an awesome staff, great guides, and beautiful hunting grounds, they have also have a special prairie dog hunting rig that looks like an amazing way to spend the day. So if you are looking to have a good time with some friends and shoot some game, I would highly recommend Longmeadow! Come make a memory and take your shot! 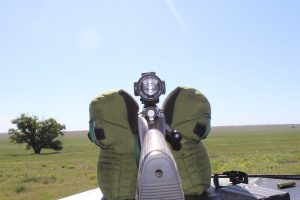 Please contact us in whichever way you feel most comfortable:

Or click here to use our online inquiry form 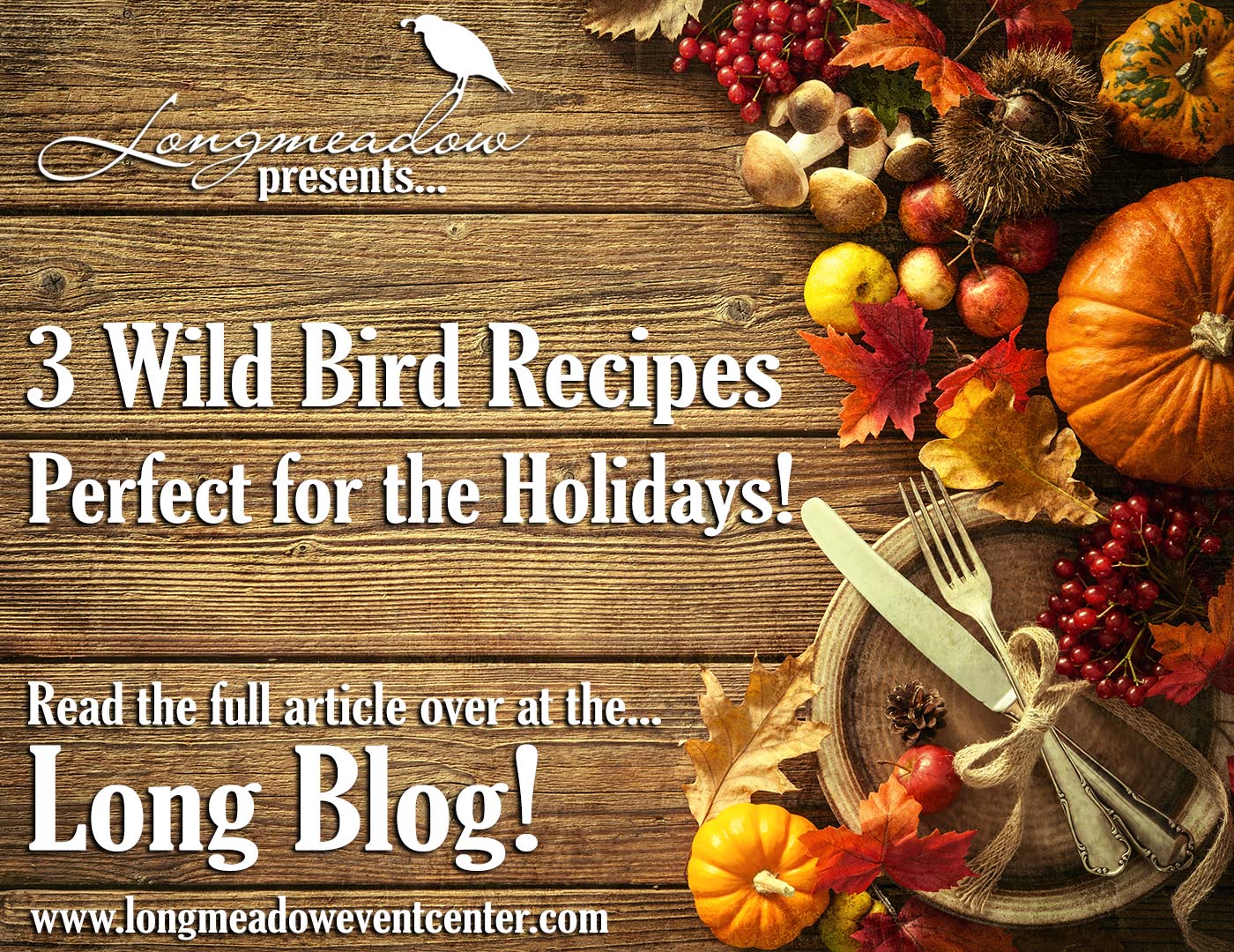 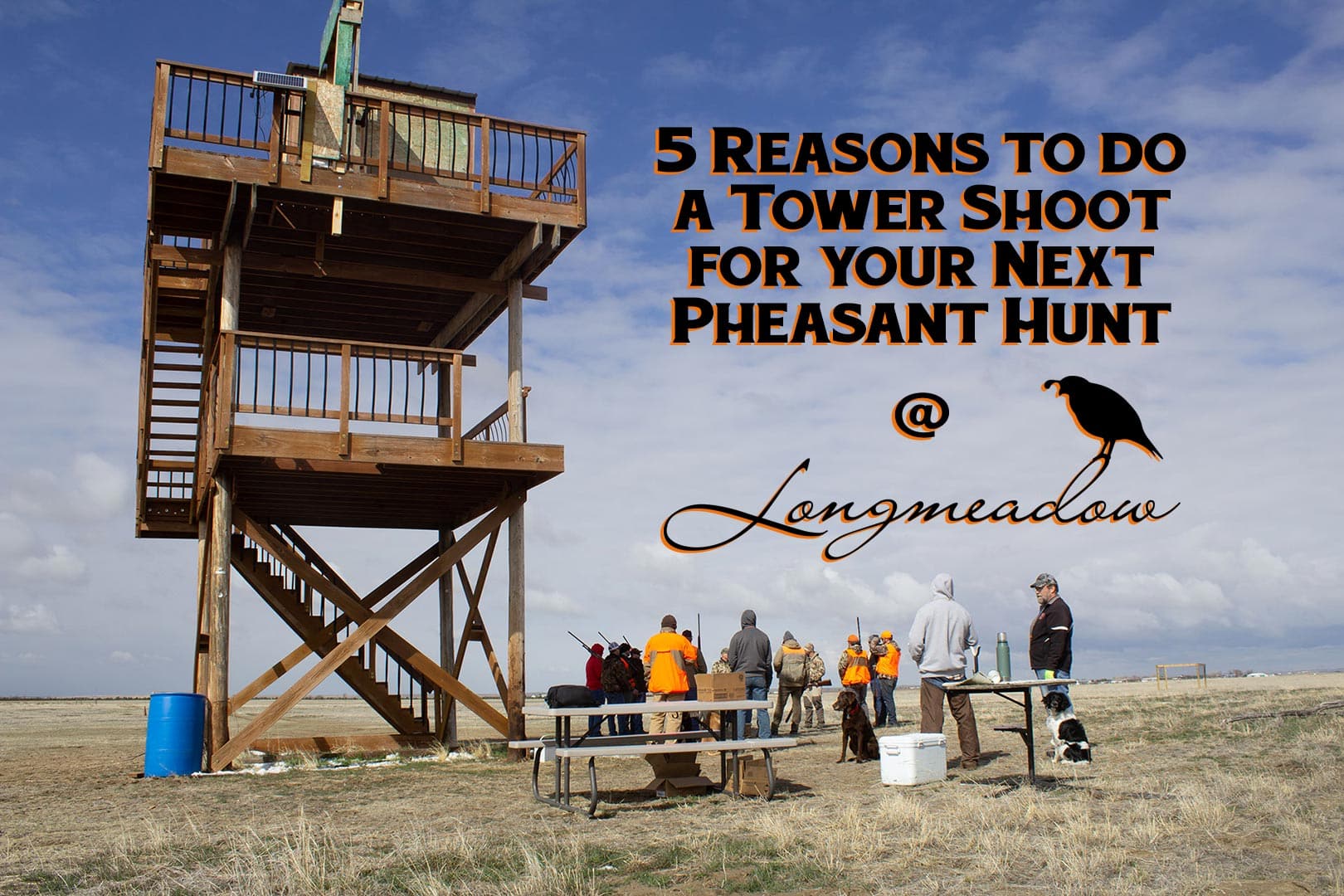 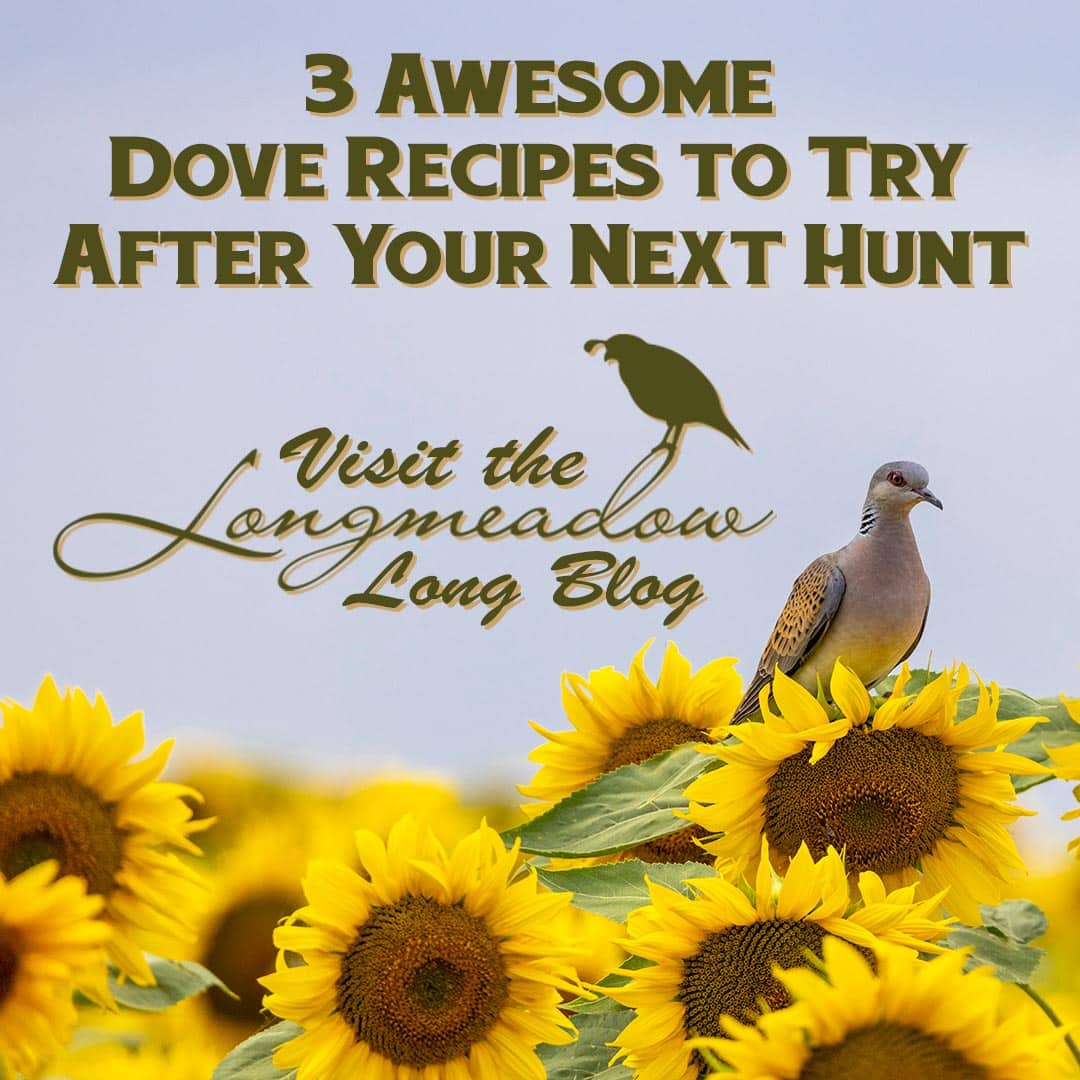 3 Awesome Dove Recipes to Try After Your Next Hunt 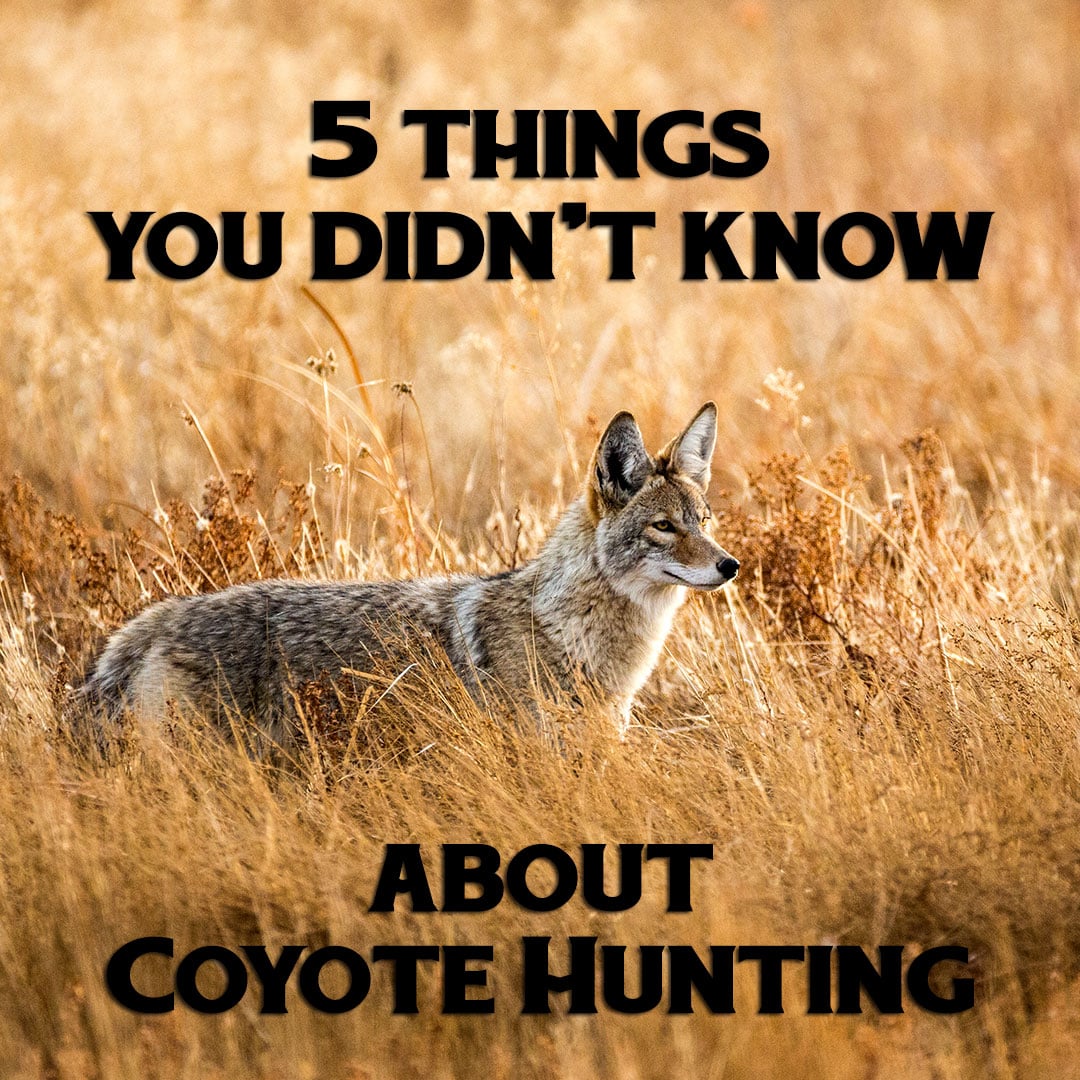 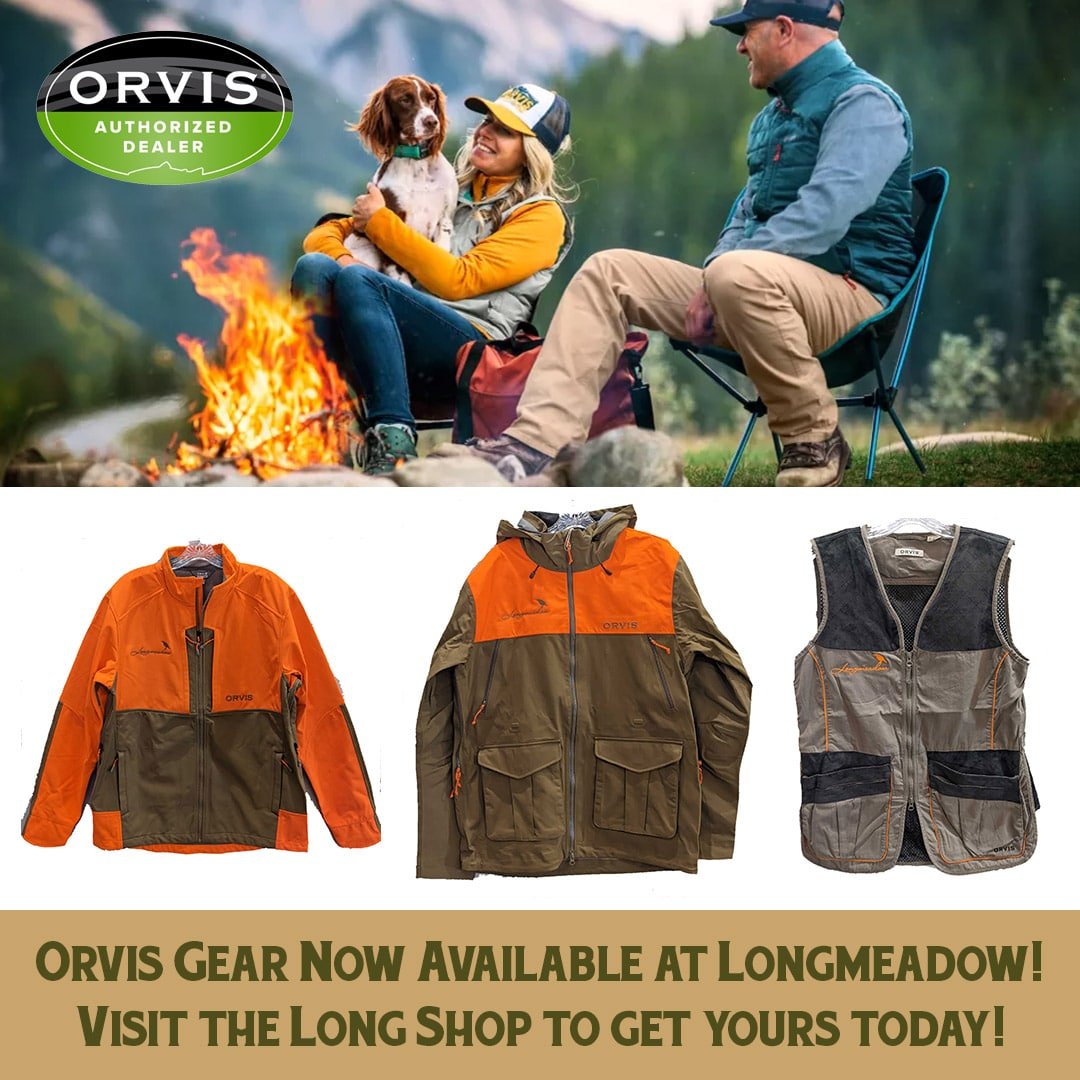